Today we've brought a new feature in the latest 0.3.3 update, which may be small but quite complex in nature. It's the expression/hairstyle/clothing manager! Anyway, that sounds quite a bit long, so let's shorten it to 'Style Manager' for now. So, what does it do?

Use the save/load button under the Expression/Hairstyle/Clothing Style Name to either save your currently active expression/hairstyle/clothing style to a file, or change it to match the settings with another file.

When saving, there will be a specific format for each settings:

But how if we want to save or load multiple expressions/hairstyles/clothing styles at once? Then you can use the style manager window which will be explained below.

To use this feature, click the Manage (Expressions/Hairstyles/Clothing Styles)... option that has been added in the drop-down menu on the right side of the Expression/Hairstyle/Clothing Style name.

On the top-left side of the style manager window, you can import/export multiple expressions/hairstyles/clothing styles at once. Same as before, the exported result will be saved as .mqne/.mqnh/.mqnc file, and the import feature also adds Mannequin character file (.mqn) as an option.

Clicking one of the items available on the list will select the corresponding item; you can select multiple items by clicking the others and de-select by clicking again on the currently selected item. When one or multiple items are selected, the export feature will limit data to these selected items. However, when no items are selected, then the export feature will export all of the items that are available. The import feature, however, will always import all of the available expressions/hairstyles/clothing styles within the file that has been selected.

Other than import or export, you can also use the Style Manager window to sort or rearrange your currently available expressions/hairstyles/clothing styles. You can select multiple items and move them up, down or delete them using the buttons available in the top-right side of the window. On the right side of every item there are also buttons that you can use to move, rename, or delete each one. To sort all of the available items  shown in the list, you can use the sort button on the top-left side of the window.

Other Changes in This Version

As the label said, this option will allow you to export your character with only clothing layers visible.

Various new ears has been added! 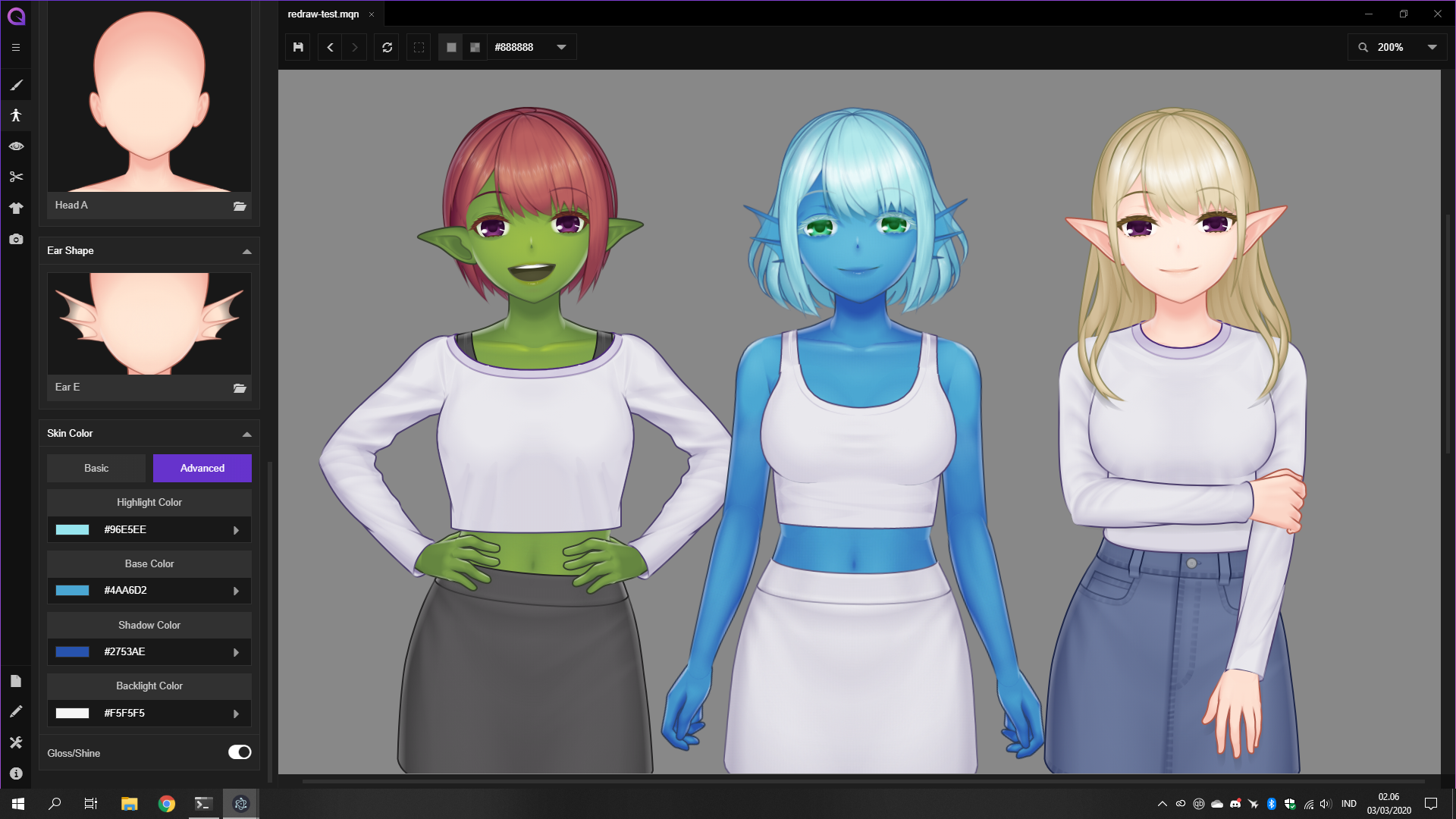 Hopefully this will aid you in designing various fantasy/sci-fi humanoid characters. Of course, more options such as animal ears will be added in the future.

General dialog prompts, the Library Window, and the newly added Style Manager Window should load faster when opened the second time forward  (opening those for the first time after the app is launched will still require the same load time as before).

Bugfix: Misalignment of the Library Window when using search

In the previous version, using the search feature in the library window will make the window content shift slightly to the left, leaving empty black bar on the right side. This bug is now fixed.

Bugfix: Face parts adjustments not working under some circumstances

In the previous version, changing the adustments of face parts (i.e eye size/position, mouth size/position) won't show in the preview window under some circumstances. This bug is now fixed.

As usual thank you very much for all of your continued support, feedback, and general interest for this project. For those who have chosen to send their support by upgrading to the Pro version in the past few weeks, we can't thank you enough considering the events that are happening in the world at the moment. Hopefully this pandemic will be conquered as soon as possible, and please remember to stay careful to maintain the health of yourself, your loved ones, and people around you.

See you in the next update!