Hello! Today Mannequin has been updated to 0.3.12 and we have brought a lot of big changes to the app. Let us go into more details!

Here are the highlights of the new features introduced in this update:

Hair templates has been totally reworked, enabling much more control and customization. Previously, you can only select one hairstyle template, assign hair color, and that is it. Now hair templates are split into four parts: Primary Hairstyle, Bangs, Sideburns/Wisps, Facial Hair, and Additional Hair Parts/Accessories. Each part can be colored independently. 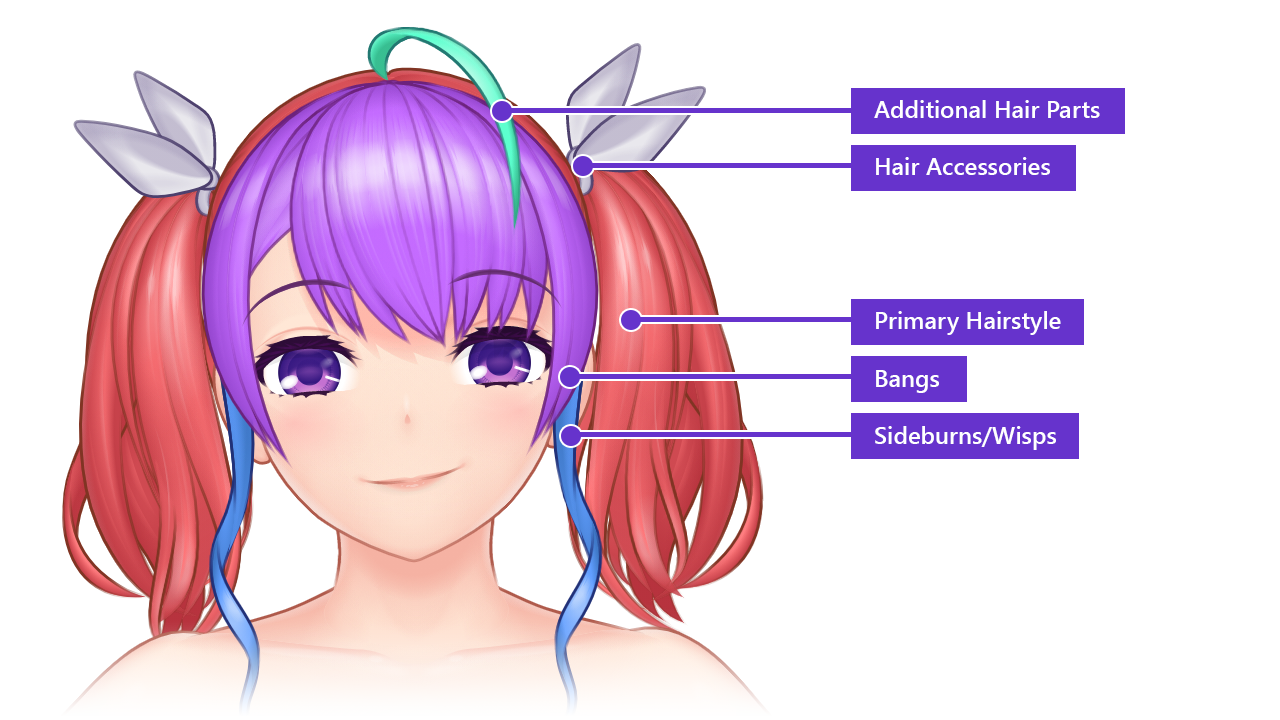 With Additional Hair Parts, we are now able to accommodate various popular styles that has been requested before, such as ‘Ahoge’ and Animal Ears.

Hair Accessories has been moved from Clothing Styles section to become a part of Hairstyles. This is due to the nature of various hair accessories that is dependent to a specific hairstyle. For example, ponytail bow requires, as expected, ponytail hairstyle to work. However, if you have a character with two hairstyles, say one with hair let down and one ponytail, then a Ponytail Bow in the Clothing Styles section becomes problematic, showing or not showing depending on the active Hairstyle. With the latest change, we can now bind each Hair Accessory to a specific Hairstyle, always ensuring that it works properly. This is also why hats are not considered hair accessories since they are less dependent to a specific hairstyle and are more universally compatible in nature.

Alongside this restructured template, we have also added a lot of new hairstyles into the mix. Here are some samples of what you can now create which is not available in the previous versions of Mannequin:

If you are using the PNG export format as your primary choice, then chances are you really do not want the hassle of using additional image editing applications at all. Therefore, we have added canvas cropping for PNG export, with option to automatically crop so that is no empty pixels on each side or set the cropping dimension of each side manually. 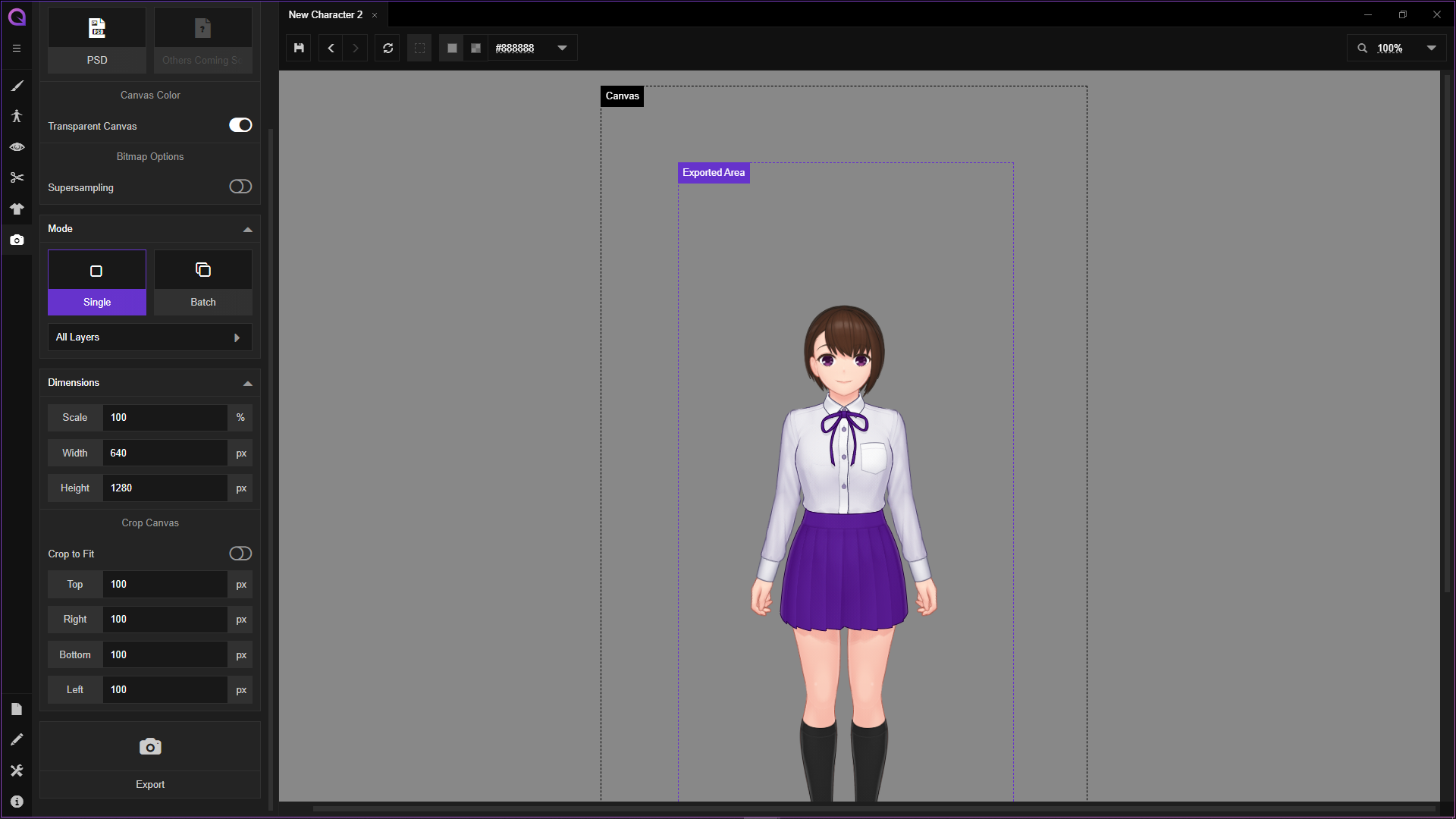 Multitasking is of course a common occurrence in the world of game development, so with this update we have tweaked Mannequin’s UI to support a more compact dimension. With the compact UI active, the sidebar becomes collapsible to allow more space for the canvas.

Some other aspects that have been added or improved in this version are: 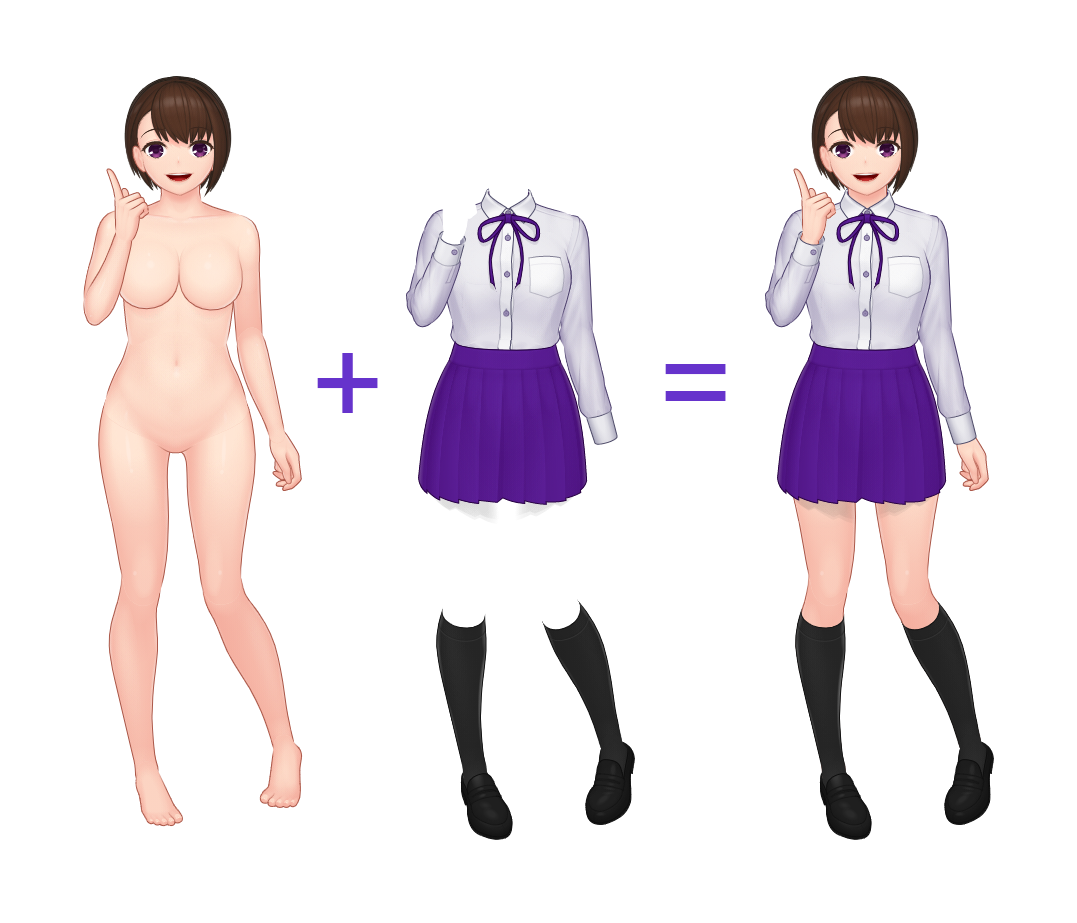 Below are some of the bugs that has been fixed in this version:

With the fundamental change in hairstyle template now already done, our next focus will be adding more content and optimizing how the app deals with more custom content:

That is all for now! It has been a long journey for this update, but we believe in the end it was worth it considering the massively increased customization capabilities. We apologize for the extended delay that plagues this release and will do better for the next.

As always, stay safe, stay creative, and see you in the next update!

Thanks! The canvas cropping is really something I needed.